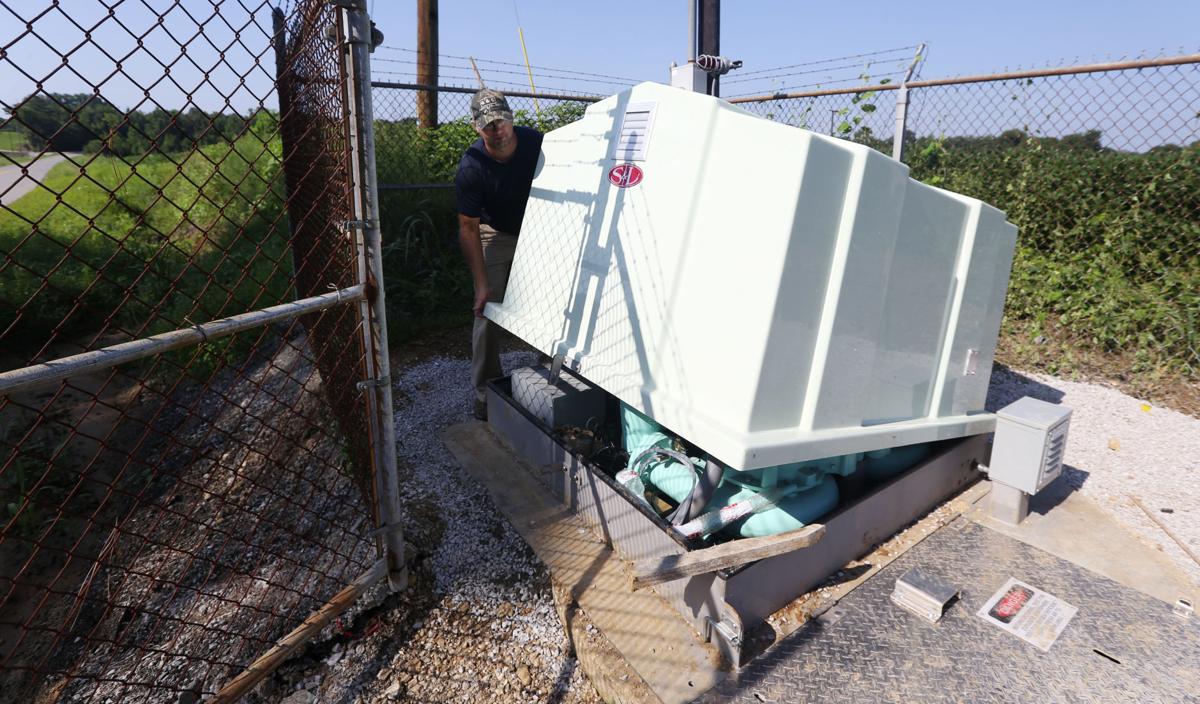 The problematic system had been in place since the 1970s with no major enhancements through the decades, just minimal maintenance, town officials said.

For the past several years the town has dealt with leaking lines and infiltration issues.

"This is going to resolve a lot of issues," said project engineer Richard Edmonds with White, Lynn, Collins and Associates.

"They've completed two new pump stations and are working on the third; fixed a lot of leaks in the system; and relined much of the existing pipes. The project is about 90-percent complete and should be wrapped up by late September," he said.

Gulf Coast Underground of Mobile is doing the pipework while Johnson Contractors of Muscle Shoals is replacing pump stations.

Edmonds said the project addresses the worst areas in the town and will be a "huge improvement."

A major problem with the aged system, according to Edmonds, was that many of the tie-ins to the system weren't done properly, and that allowed groundwater into the system causing overflow.

"In the future, they'll have a set of rules and regulations for future tie-ins to be handled properly," he said.

He said workers have done a great deal of point repairs, specific spots where water is leaking or infiltration problems exist.

The efficiency of the new pumps will mean operational costs will be down.

"These pumps won't run as much and cut the power bill," Greenhill said. "It's going to make a big difference for the town."

The $2.1 million project has been long overdue, said town officials.

"We're glad to be operating under a more efficient system, one that's not getting all the infiltration," Cosby said.

The town was facing fines for its dilapidated sewer system and was placed under a consent order to correct the problems. The town has a $1.2 million loan on the project while the remainder is covered through USDA grant money.

In order to pay back the loan, the USDA set the sewer rates, which resulted in a rate increase for residents.

"We're hoping to hold steady (with rates) for many years," Cosby said.
Previous Police in Mass. help free raccoon with head stuck in sewer drain
Next Sewage truck bursts, douses cars, road in human waste
newsletter
Company Profile
﻿﻿IPS was started with a simple goal ,to provide our Chinese customers ,who were engaded in water monitoring and/or municipal sewer line inspection and rehabilitation ,with affordable devices.
In 2009,we began our business with self-made multi-direction endoscope.But it was not very sucessful at that time.
In 2013,we came back with SINGA crawlers,which was equipped with powerful illumination to capture and record pipe defects.
In2015,we added explosion-proof and motor-driven cable drum to our carriage.And setted out to develop our own UV curing,3D sonar/laser system.