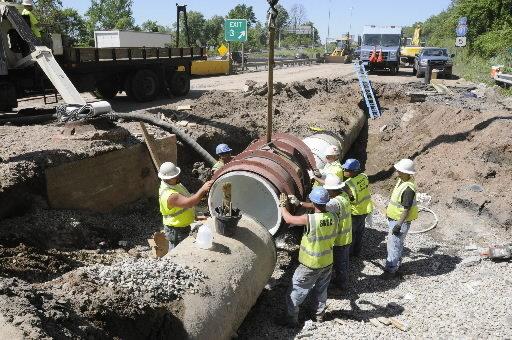 SPRINGFIELD – The Springfield Water and Sewer Commission is considering three finalists for the job of executive director, as recommended by a search committee that had initially received 26 applications.

Current Executive Director Katherine J. Pedersen, who is preparing to retire early next year and was a member of the search committee, said the commission is pleased with the response "and the high-quality candidates who applied for the position." The three finalists include two current commission employees.

"The three finalists are experienced professionals in the water and wastewater industry, and we are confident that a successor will be chosen by the Board of Commissioners within the next few weeks," Pedersen said.

"The executive director position was posted locally, regionally and nationally for a period of 30 days, and both internal and external candidates were invited to apply," Pedersen said.

The search committee reviewed all 26 applications, and chose eight of the applicants for committee interviews. The committee then forwarded its recommendations to the commission.

The commission operates and maintains the water and wastewater systems for Springfield and serves some surrounding communities. It is financed by water and sewer rates and fees.

Previous Bally residents will see rise in water and sewer bills
Next Waco: Council OKs $90 Million For Water, Sewer Improvements
newsletter
Company Profile
﻿﻿IPS was started with a simple goal ,to provide our Chinese customers ,who were engaded in water monitoring and/or municipal sewer line inspection and rehabilitation ,with affordable devices.
In 2009,we began our business with self-made multi-direction endoscope.But it was not very sucessful at that time.
In 2013,we came back with SINGA crawlers,which was equipped with powerful illumination to capture and record pipe defects.
In2015,we added explosion-proof and motor-driven cable drum to our carriage.And setted out to develop our own UV curing,3D sonar/laser system.